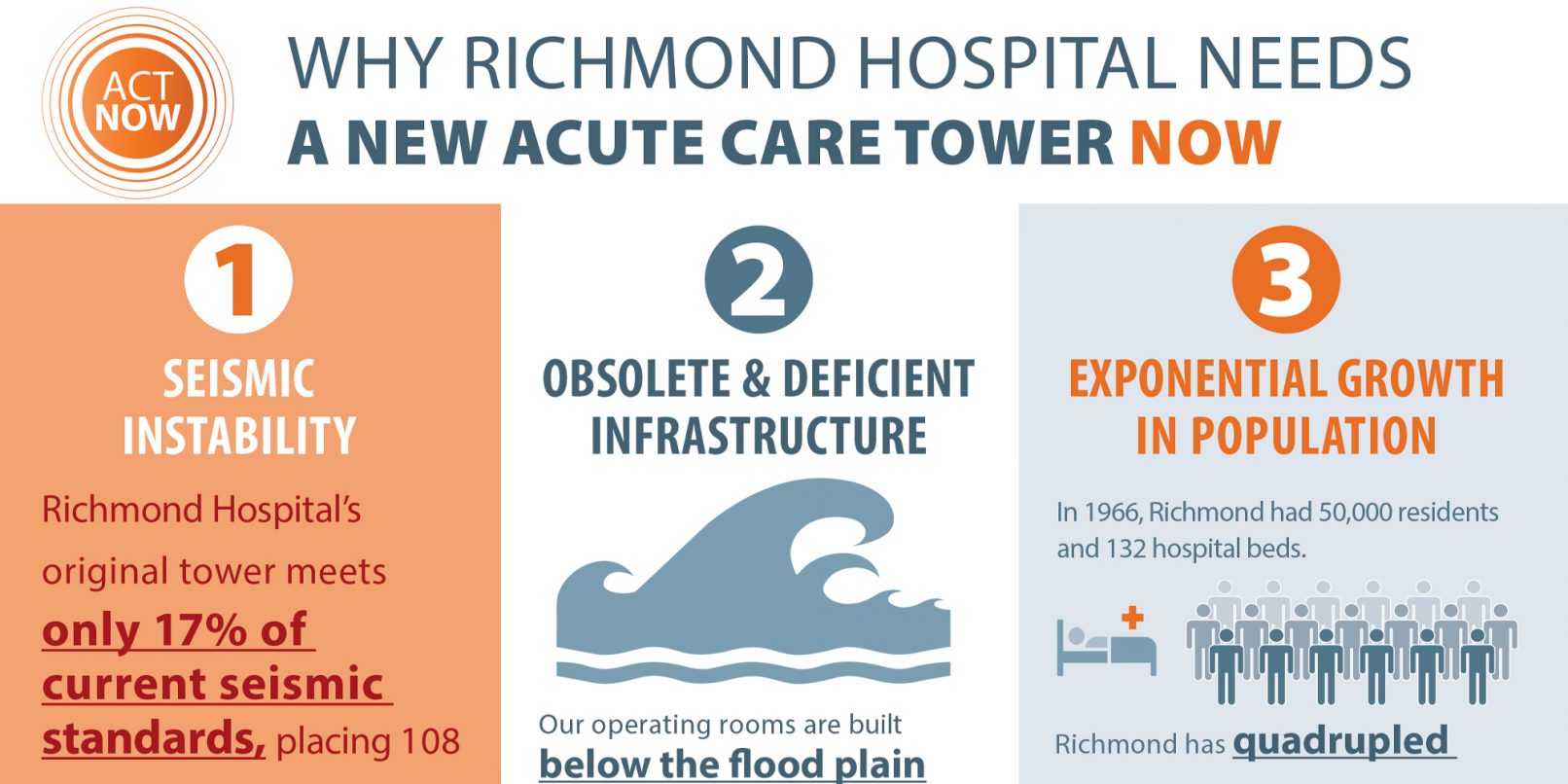 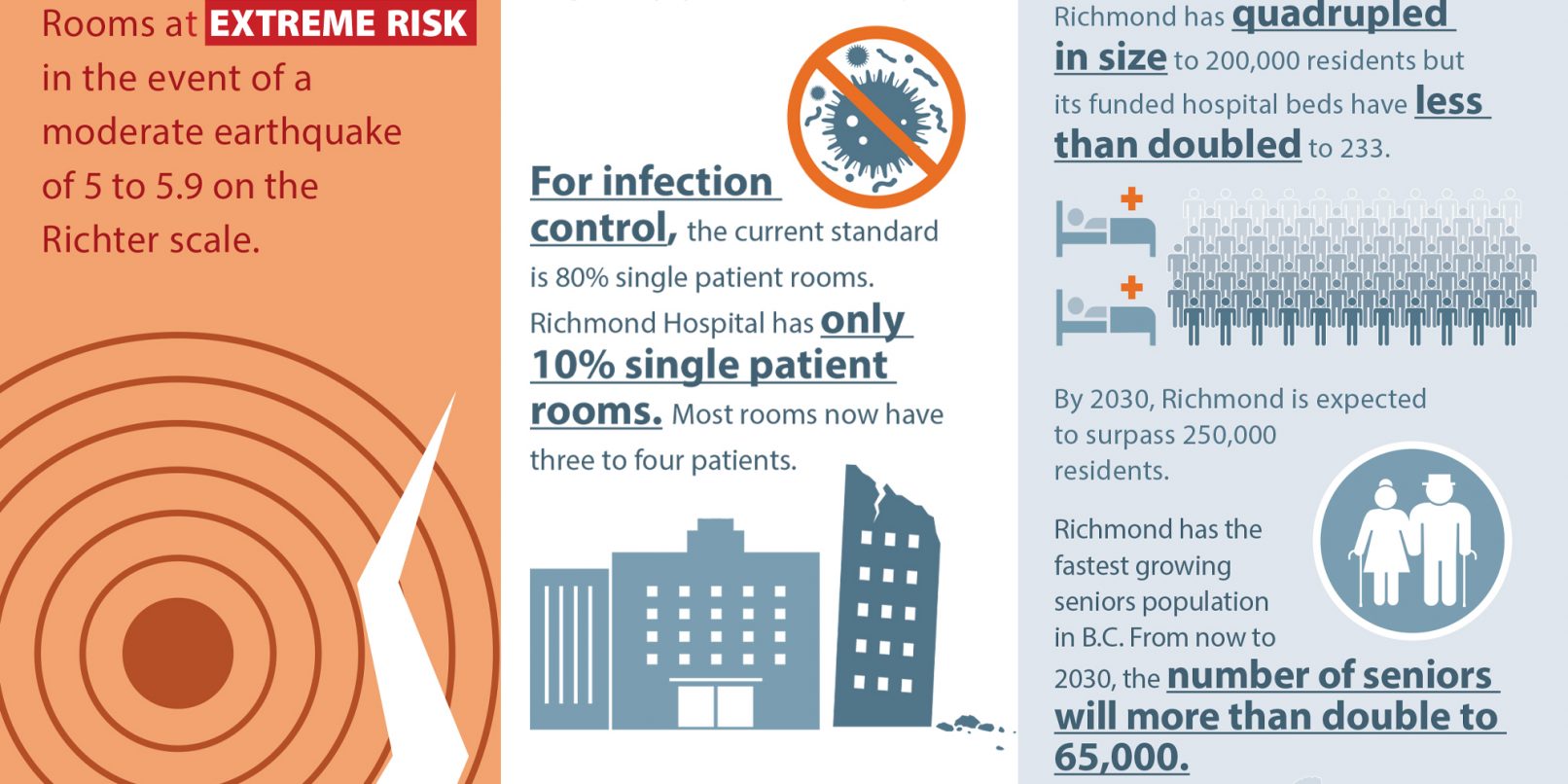 Our ACT NOW infographic was part of the 2019 gala fundraiser hospital campaign which reached an incredible milestone of $43,680,000 towards the ACT NOW campaign. This level of financial support represents 87% of the hospital campaign’s $50 million goal.

This infographic was given to high-value donors in one-on-one appeals for their support. It gave them a concise snap shot of the reasons the new Acute Care Tower (ACT) was needed. Reasons like seismic instability (a real challenge when living on the fault line), obsolete and deficient infrastructure, and increasing pressure on service levels because of the aging demographic in the community.

Richmond Hospital could have gone into extensive detail about all of these issues. Instead they opted for this concise, illustrated, short-copy alternative because it’s easier to comprehend. And once you have that understanding, it’s easier to open your wallets and provide support.

In addition to the infographic we also created the ACT NOW branding.

We’ve worked on Richmond Hospital’s fundraising campaigns since 2012. During that time we’ve helped them achieve some other record-setting donation levels like the $1.3 million gala fundraiser in 2015.

You may also be interested in our timeline infographic for St. Paul’s Hospital 125th anniversary.